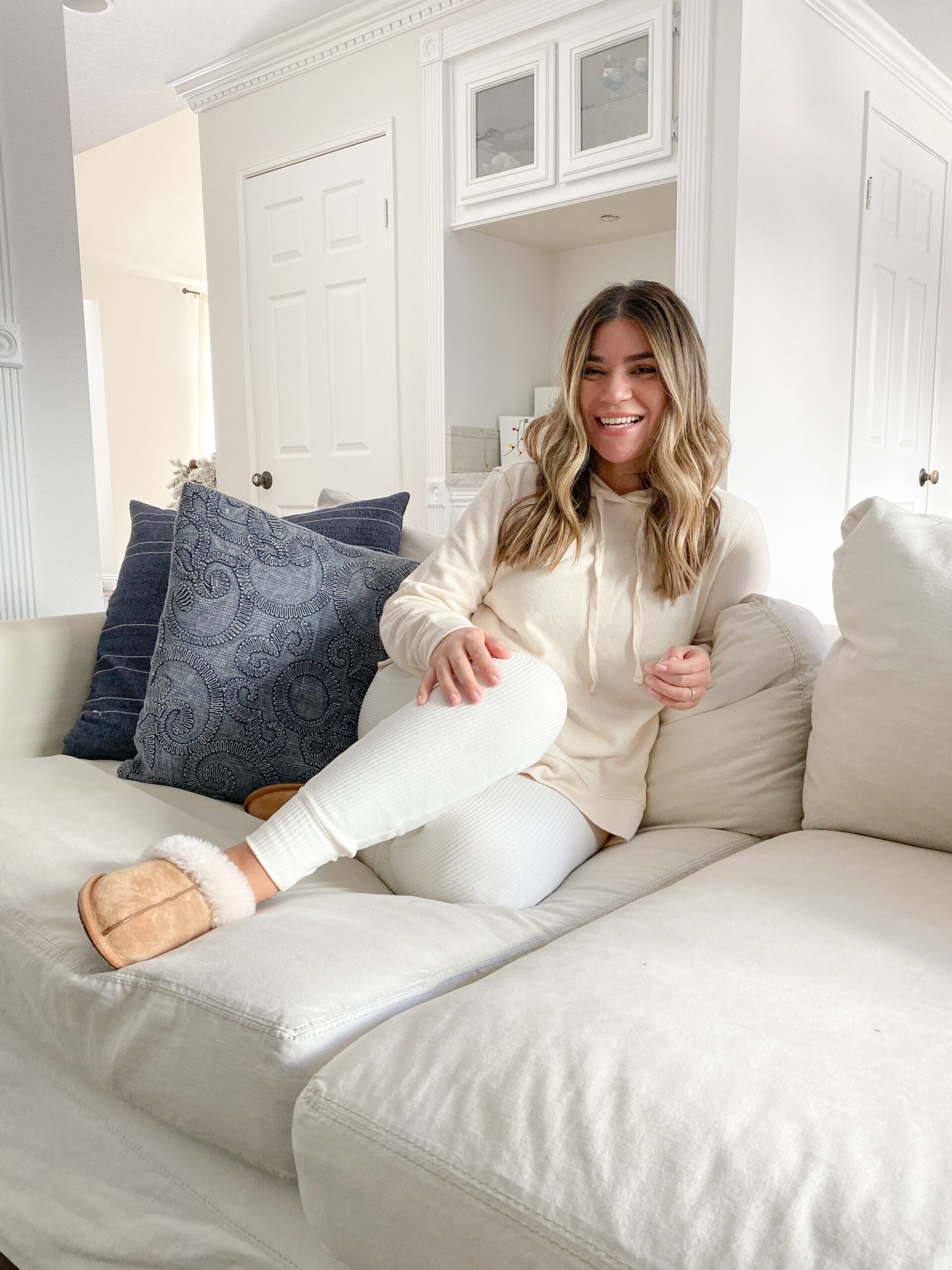 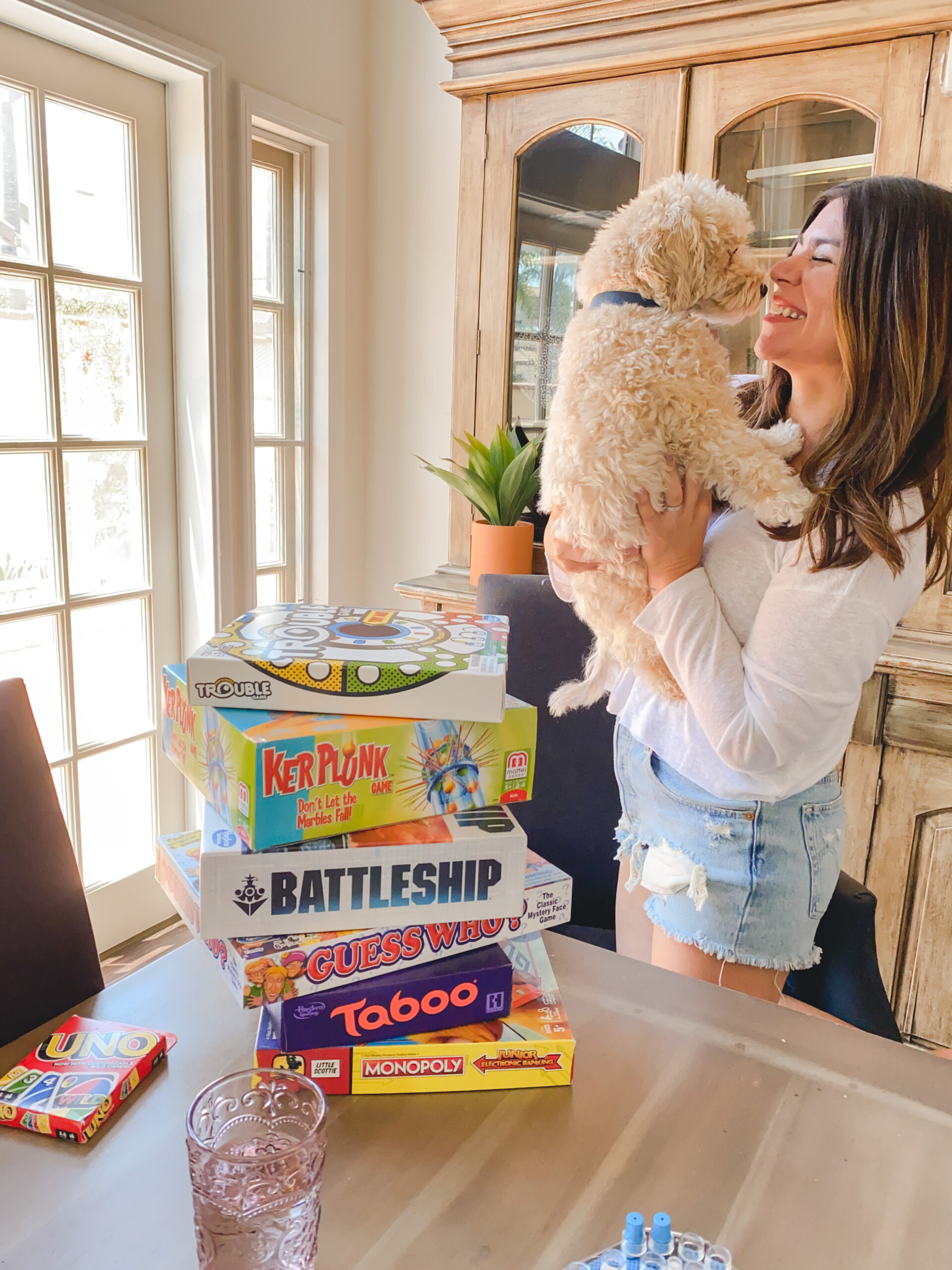 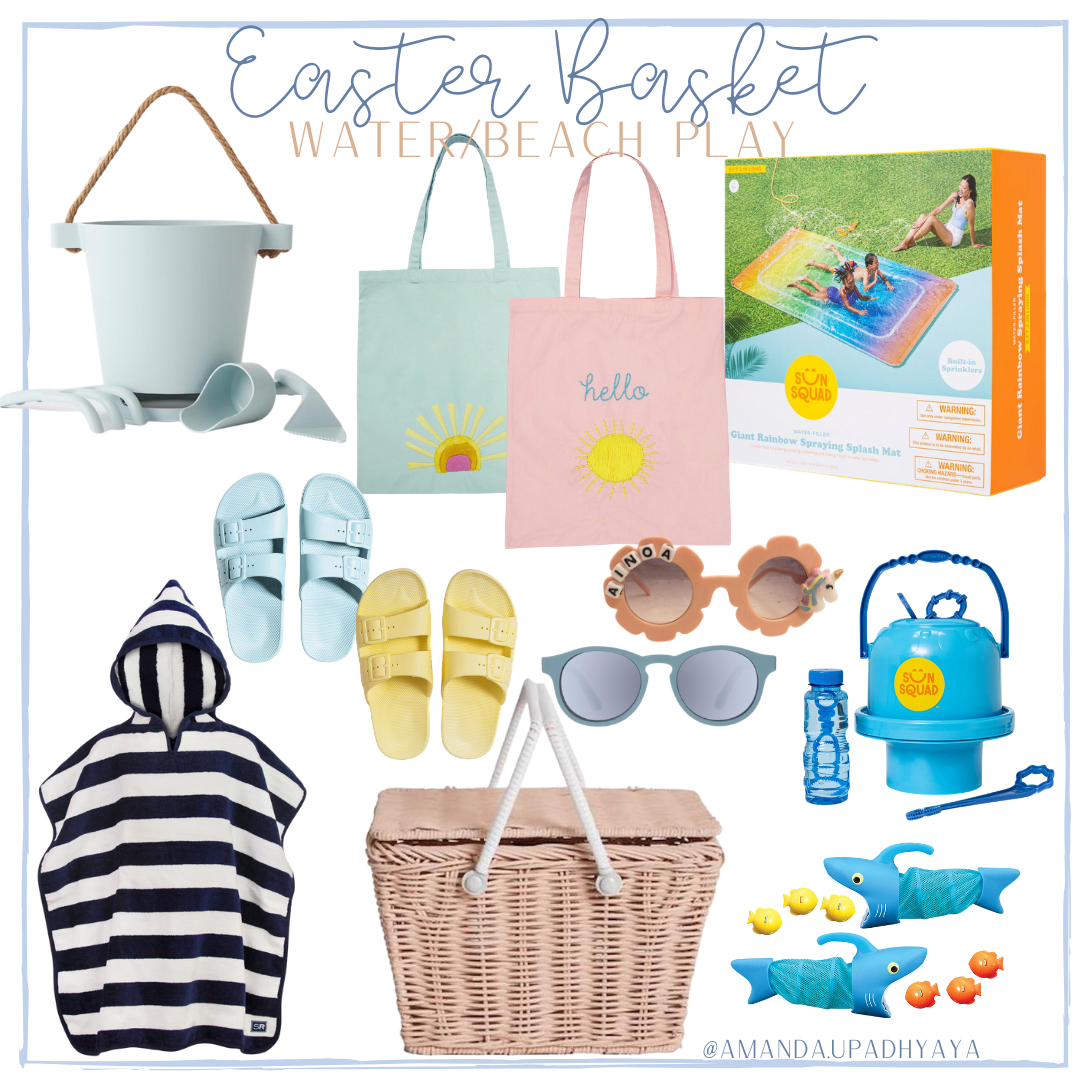 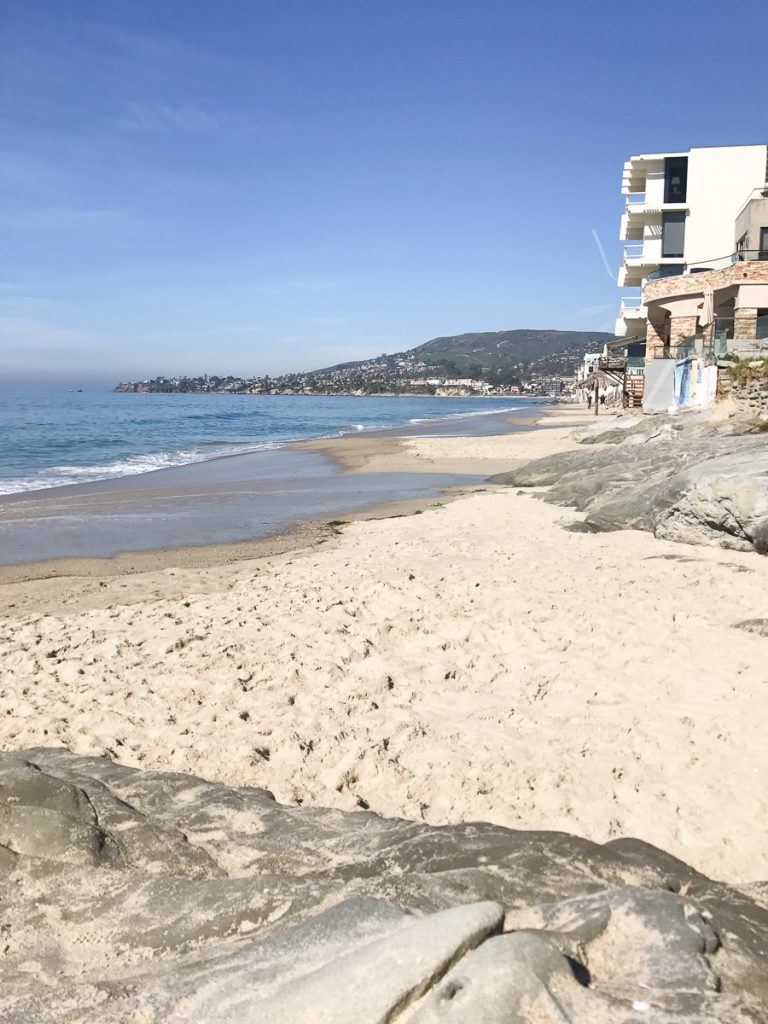 I am going to be very honest and frank in this post and say that parenting is by far the most difficult thing I have ever done in my entire life. The most rewarding, but also, the most difficult. I worked in the preschool industry for over 10 years, and so I always knew even before having my own child how difficult parenting would be, I never questioned or doubted my friends and family when they shared that with me, but now that Darshan and I are in the true trenches of being parents, especially to a toddler, I can say from first hand experience that this is hard.

Recently we have been having some struggles in adjusting to the toddler age, and it really forced us to take a step back and have multiple, in depth, conversations with one another about how to come up with some coping skills and solutions to the problems we were having as a family. You see I will openly share that I know how fortunate I was to have had the opportunity to stay home with Rajan for the first two years of his life. This was never part of our plan, but after a couple of weeks returning to work when Rajan was 4 months old, we made the decision that the best thing for our family would be for me to stay home. I chose to take a small role in our family business, and did minimal things working from home, and put my entire focus on raising Rajan. Darshan and I both grew up with working moms, my mom worked two jobs and Darshan’s mom was a doctor, so we knew first hand what having moms with long work hours was like. We both admired and appreciated their work, but we thought that it would be vain of us to do the same to our kids when our moms worked SO hard to provide the opportunities we now have from their hard work. Having done both, I can not tell you what is more difficult: being a stay at home mom or a working mom, because both have their own challenges and rewards, but I will say that I loved every minute of being able to bond with Rajan so closely everyday and I know what a gift it is.

We decided when Rajan was about to turn 2 that enrolling him in preschool would be a wonderful advantage for him. We live very close to the preschool I worked at for the last 5 years, we are still very close to the families and teachers there, so we felt excited and confident that he would thrive and have a wonderful experience as a student there. Since he would be starting school, Darshan and I made a decision that I would then take a bigger role in our family business. This was something we were both so excited for, and had been part of our long-term plan, and we couldn’t wait to get the ball rolling on it! We started Rajan into the preschool program slow, only sending him two days per week, and we felt thankful and relieved that he adjusted really well. We were worried that after being home solely with mom for the first two years that the adjustment to being cared for multiple days per week by someone else would be difficult for Rajan. The first month of attending, he cried during the first two drop-offs, and after that he would burst through the doors with excitement every day to be there, and his teachers would share photos and daily reports with us on how he was thriving. We were SO proud! The adjustment at home had not been too rough, he was getting used to the routine pretty quickly, and he would come home tired, but nothing out of the ordinary for a kid who had been playing all day. 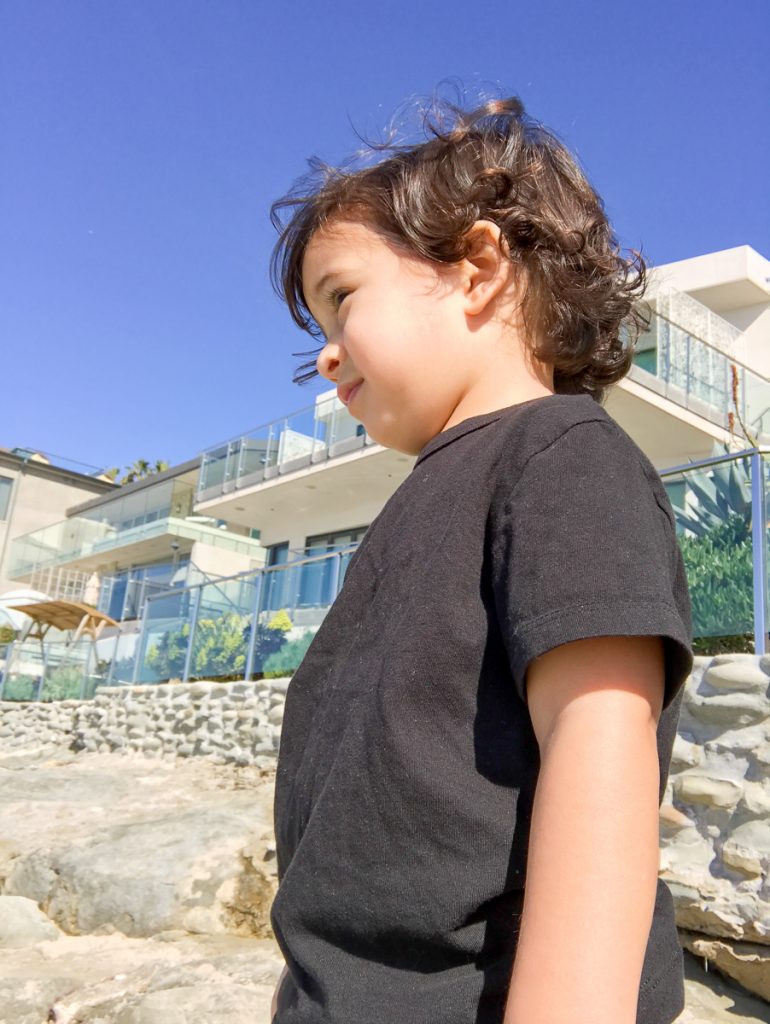 About a month into preschool, our business began to grow, and with it, so did the demand for me to be at the office more. We decided that since Raj loved preschool so much that it wouldn’t make a huge difference to add him some extra days per week, and the plan to send him more days, with longer hours began pretty quickly.

That is when everything began to take a turn.

Long days at school per week, back to back, make for one very very tired and confused little toddler. To say Rajan had a hard time adjusting this more intense schedule change would be an understatement. Our always active, but sweet and happy-as-can-be boy began to behave like an active little tyrant. A very whiny, clingy, tantrum-throwing tyrant. For the entire month of December, we spent the school nights resolving fits, and the up to 2 days after school days trying our best to peel the very clingy 5th limb that had become my toddler off of me. He wanted nothing to do with anyone who wasn’t me, and even just going into the bathroom would cause him to have a panic and wonder if I fell off the face of the Earth. We felt like we were at such a big loss and didn’t even know where the drastic change in mood and behavior had come from. We were still as strict as we had always been, we follow through, we have routines, we encourage independence, but it was as if we were doing everything possible wrong and we just couldn’t figure out where that was coming from. Raj still seemed so happy to be going to preschool, and his reports were only growing better and better from his teachers, but at home we were the complete opposite. I started to question if as a mom I was doing everything wrong, I thought maybe turning two and the growth was effecting him a little late, and Darshan and I would have discussions every night about what we could do differently. I was walking out of his room after bedtime most nights in tears, leaving family and friends houses crying on the drive home from his behavior and embarrassment, and just at a complete heartbreak wondering what I was doing to cause my sweet little boy to act out like he was. Of course, everyone told me I was being too hard on myself, and he really wasn’t acting SO terrible, but as a mom, you just know when your child is mostly not being himself. Finally, one day Darshan and I were talking and it was almost as if the light bulb just clicked. We were thinking back to any sudden change that had occurred recently, and we realized that everything – all of the tantrums, behavior struggles, and regressions, had begun when we increased Rajan’s schedule at preschool, especially adding him on back-to-back days. Right then, we knew, we put the timeline together, and we knew our problem. I don’t know if the realization brought relief, guilt, or probably both, but at least now we had a diagnosed problem and could try our best to come up with a solution. 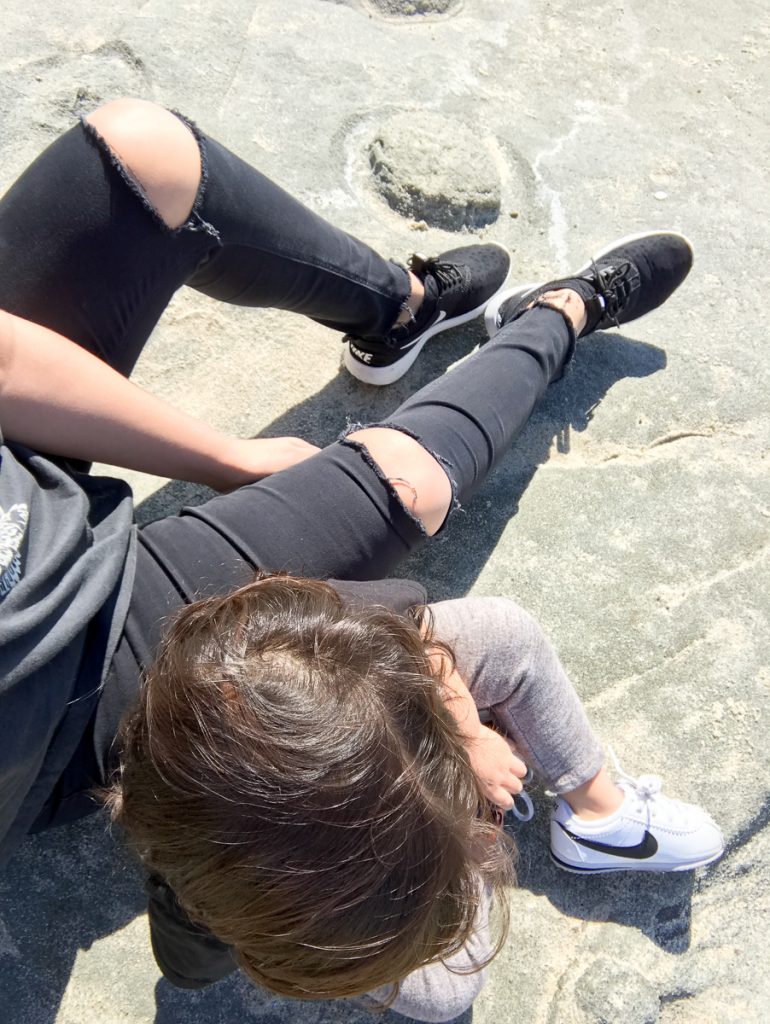 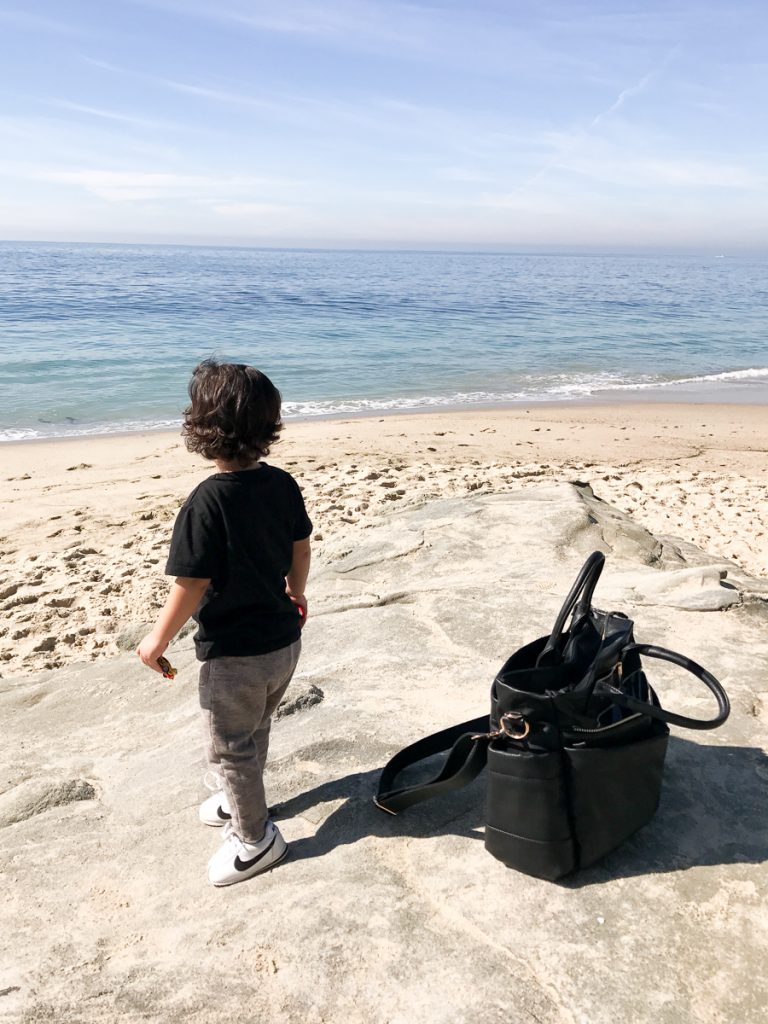 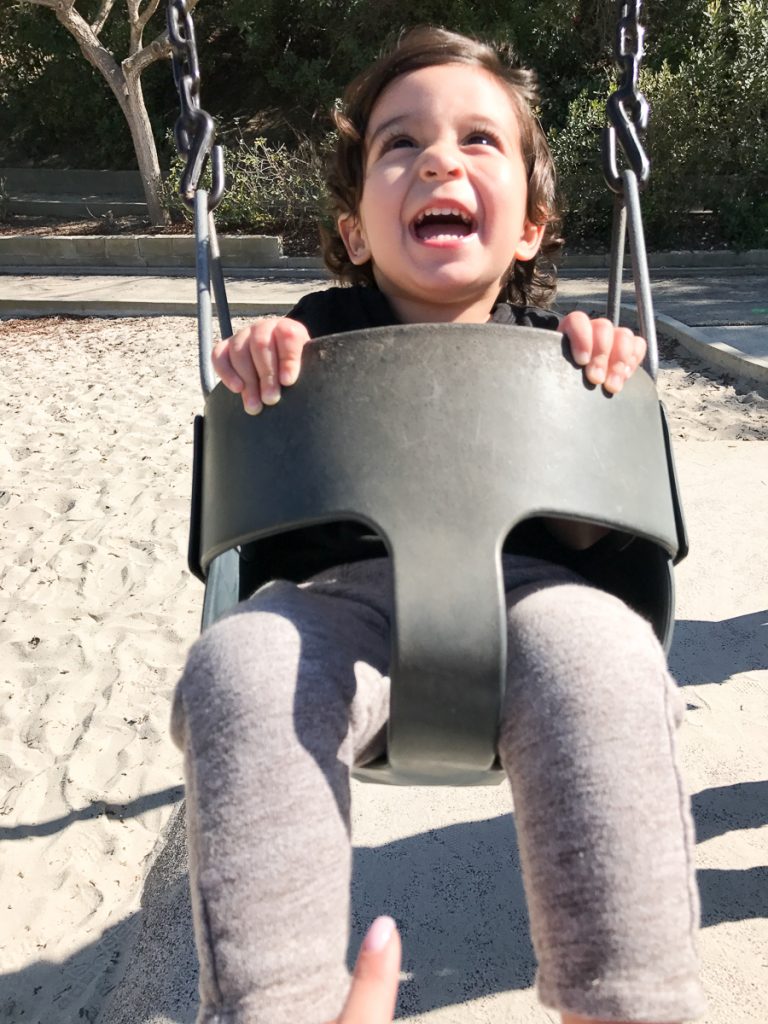 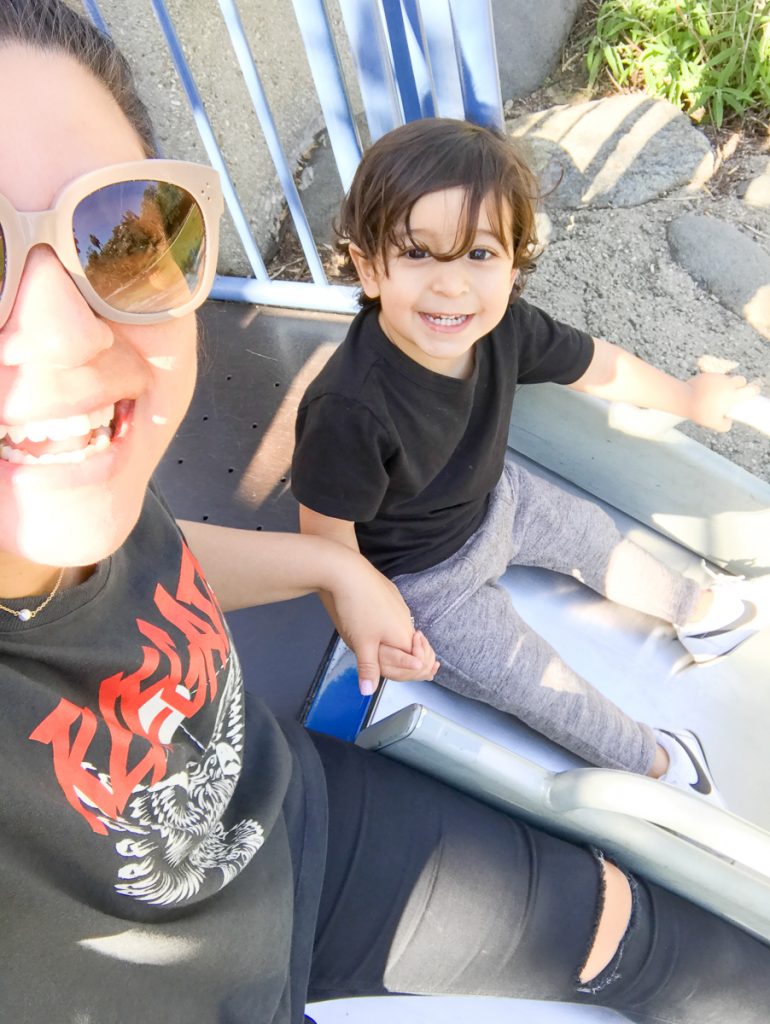 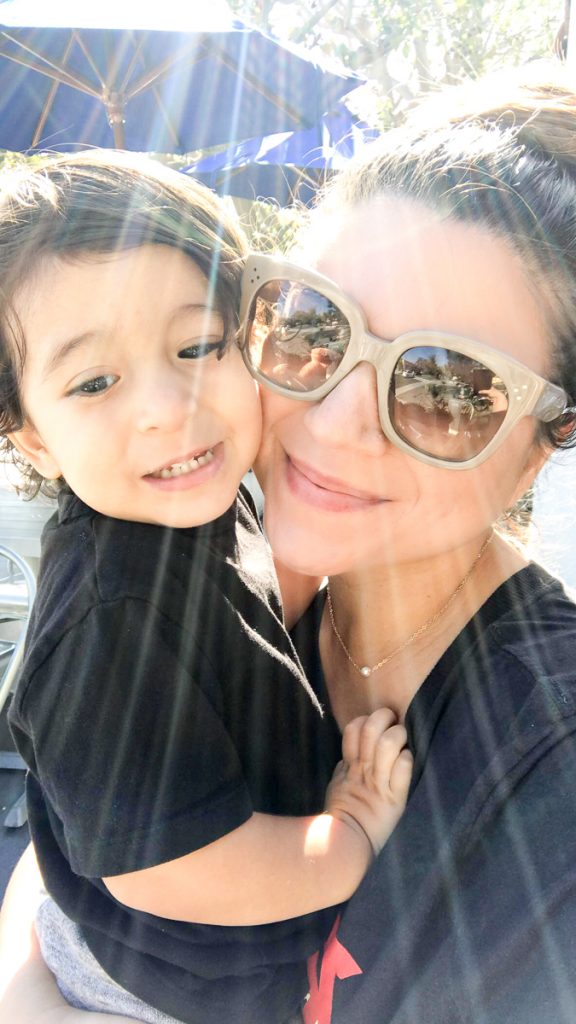 The need for me to work more at the office is still there, the reality of the situation is that we can not do too much about that fact, but what we decided is that there were ways we could try as a family to make it work as much as possible. We had to reflect back on Rajan’s life and schedule during the first two years of is life, and every waking day – weekends, weekdays – I was there and always his main primary caregiver, to change that up so drastically and with such a slow adjustment period rocked his world, especially during a stage in his development when he is more cognizant of his surroundings and preference of comfort. We decided that going forward, we would make the time and days home with Rajan similar to how they were before I went back to work, and that time with Rajan for the both of us would be spent completely dialed in – no phone, no working, and time was spent doing bonding activities. I started planning days and trips out again, just Rajan and I, and during the mornings and weekend hours that Darshan is home, he is super active and involved in play-time with Raj. During weeks when I can get some office work done from home, I do so during nap time and after bedtime, and on the occasion that I feel caught up, I keep Rajan home from school an extra day per week. We have slowed down our social calendar, put emphasis on time spent just the three of us, and keep the activities focused on things Rajan loves to do. After taking a few months off from mommy and me play class at Gymboree, something Raj and I always did together, we have been back in for classes once a week and are enjoying that together again. In just the last few weeks after taking the time to pull back and make the adjustments, I have already noticed the positive impact it has made on Rajan. He is still two, I wont negate the fact that with his age the testing boundaries and emotional flips and turns are still there, but I can already see that little bit of sparkle and glimmer back his eye, he feels whole and complete again.

The sacrifice as parents hasn’t been easy, my husband is a rock star and together we are somehow making it all work, but we keep reminding ourselves that THIS is where the true sacrifice and testament to the kind of parents we want to be for our son will come from. We are fortunate to live the life we do, and every day I am thankful for the sacrifices Darshan and I made very early on in our marriage and relationship to allow for us to have the opportunity to create the life we have. Especially now when I see the confidence begin to grow in our son again, do I realize that in the end and with my partner, we are slowly starting to come into our own as Rajan’s parents, and there isn’t a single other success in our life that can compare to that. 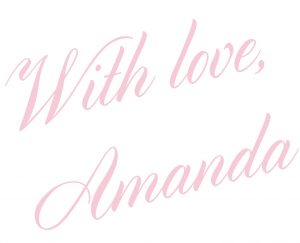